Irene Pasternak is a director in Guidehouse’s global investigations and compliance (GIC) practice in Washington, DC. She has more than 15 years of experience in the fields of anti-bribery and corruption (ABC), anti-money laundering (AML), international sanctions and anti-fraud compliance, investigations, and remediation.

Irene’s responsibilities have included a variety of domestic and international due diligence, compliance, and investigative engagements. She participated in and managed regulatory compliance reviews, procurement reviews, transaction tracing and analysis, assessment of internal controls, data analysis, and interviews. She has also been involved in the development and implementation of regulatory compliance programs and regulatory compliance training. Irene began her career as a consultant at the Department of Institutional Integrity of the World Bank where she was engaged in a variety of complex fraud and corruption investigations in Eastern Europe and Central Asia. During her subsequent work in the private sector, Irene played a key role in the development and implementation of ABC, AML, and international sanctions compliance review methodologies as well as risk assessment and risk mitigation tools and applications.

Irene is fluent in English, Hebrew, and Russian, and has advanced Ukrainian and basic French language skills. 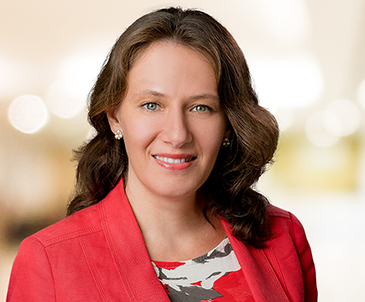