Daan Peters is a director in Guidehouse’s Energy, Sustainability, and Infrastructure segment. He provides strategic advice on the future role of gas and gas infrastructure as the world’s energy systems transition toward climate neutrality. Since 2017, he has managed Guidehouse’s support of the Gas for Climate consortium, a group of European gas transmission system operators and biomethane associations. In this role, he oversees energy system modelling, decarbonization pathway studies, stakeholder engagement, and internal and external consultation processes. Recently, Daan managed the European Hydrogen Backbone study for a group of 11 European gas infrastructure companies. He also advises US gas infrastructure companies on the future role of hydrogen, biomethane, and the implications for gas infrastructure.

Much of Daan’s work takes place at the crossroads of energy markets, corporate strategy, and public policy. This includes developing strategies for corporate clients towards public funding opportunities, such as the EU Innovation Fund. Daan also has a long track record in supporting public sector clients, such as the European Commission and national governments, on renewable energy policy and bioenergy policy.

Prior to joining Guidehouse, Daan worked at the Dutch Ministry of Infrastructure and the Environment where he supported the transposition of the EU Renewable Energy Directive (RED) into national legislation. Daan has also worked as policy advisor in the European Parliament, for the rapporteur on the Fuel Quality Directive (FQD). He supported and attended all trialogue negotiation sessions on the EU RED and FQD. 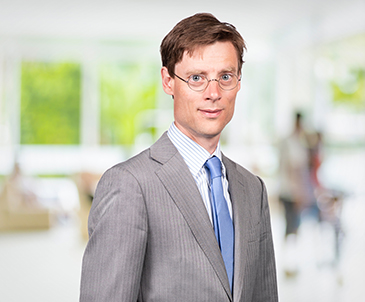