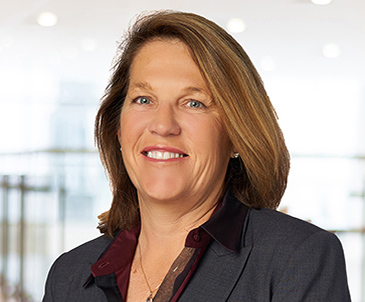 International Women’s Day is a global celebration of the social, economic, cultural and political achievements of women. The day is also a call to action through events large and small focusing on equality. Now, more than ever, there's a call-to-action to press forward and progress gender parity. There's a strong push to #PressforProgress motivating and uniting friends, colleagues and whole communities to think, act and be gender inclusive. You can learn more about how you can get involved and the history of International Women’s Day by visiting the IWD website.

As I was thinking about International Women’s Day, I couldn’t help reflecting on a recent article that I read that highlighted the top 100 best performing CEOs in the world for 2017. Of the top performing CEOs in 2017, only 2% were women. According to a recent McKinsey Report, women, accounting for an average of just 16% of the members of executive teams in the United States, 12% in the United Kingdom, and 6% in Brazil, remain underrepresented at the top of corporations globally. Yes, it’s certainly time to #PressforProgress.

Another article that caught my eye was Turning Potential Into Success: The Missing Link in Leadership Development. This article highlighted the following competencies that are important for leadership roles:

We need to work together to provide women with the roles and responsibilities they need to develop their core leadership competencies.

The authors noted that women are still underrepresented at the top echelons of corporations today. On average, women’s scores trail men on five of the seven key competencies of leaders, with the largest gaps in two areas: strategic orientation and market understanding. However, women score higher than men on three of the four traits for assessing potential – curiosity, engagement, and determination. The authors note that female executives that were assessed scored much higher than their male peers on determination. Of course, this is not surprising as we all know that it takes a tremendous amount of determination for a woman to rise to an executive leadership position. The authors go on to ponder how to reconcile these findings. Why do women have higher potential but less competence than men? They believe it’s because women are typically not given the roles and responsibilities they need to hone critical competencies. How can you develop team leadership if you’re not given the chance to manage a team, or strengthen your strategic orientation if you never participate in any planning discussions or strategic projects?

I bring this to your attention as a call to action to those who are currently in leadership positions, both men and women alike. We need to work together to provide women with the roles and responsibilities they need to develop their core leadership competencies. In addition to job assignments, we should all try to mentor and coach junior level women, either on a formal or informal basis, to help them along in their careers. The time is now to start focusing on developing a new generation of leaders that is more diverse. The silver lining is that there is convincing evidence that more diverse teams financially outperform less diverse teams.

I encourage you to view some of the 7 Inspiring Ted Talks by Women that Everyone Should Watch featuring notable women such as Sheryl Sandberg (Facebook) and Susan Cain (The Power of Introverts).

This article originally appeared in LinkedIn.