As a consultant and as a servicemember, you need to be flexible, self-disciplined, and motivated 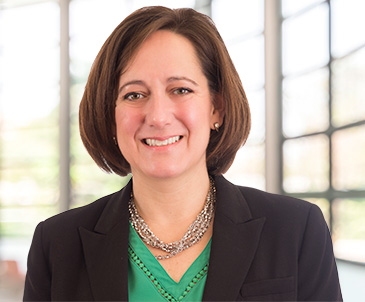 When colleagues and clients meet me, they’re invariably surprised to eventually learn I am a veteran of the U.S. armed services, and served as an officer in the U.S. Army.

If I had to guess, it’s likely because I don’t seem to fit the mold set by Hollywood of the screaming drill sergeant, the mouthy recruit, the tough-on-the-outside-soft-on-the-inside firecracker young woman, or the guns-blazing, save-humanity-style Rambo.

They might also be surprised to learn my current role is not so dissimilar from what I did in the Army.

The U.S. healthcare system is complex and irrational in many ways, and the best way to come up with solutions is to calmly look at the situation, break down the pieces, start organizing, and start solving problems, which is very similar to what you do in the military. All these little pieces add up to a bigger strategy. And as a consultant in life sciences, that strategy is what my team gives to clients.

In addition, as a consultant and as a servicemember, you need to be flexible, self-disciplined, and motivated. You are expected to perform due diligence, keep on task, and deliver results for your team. The military provides a crash course in these skills, which is why some employers take great pains to recruit and retain veterans. Some, like Guidehouse, have established employee affinity groups to help connect veterans and provide a sense of community within the organization.

If there’s anything I wish civilians better understood about the military, it would be that the lives of most active duty personnel are 90% the same as those of civilian professionals. We get up, go to work, do our jobs, raise our families, and hopefully find time to relax.

It’s the other 10% that is critically different – the extremely miserable parts, like crawling through mud, not showering for days because of where you’re stationed, training in freezing rain, and, of course, the extremely dangerous parts that are often detailed in those movies with the screaming sergeants. And in the military, whatever your role is, you are always aware that if you do not do your job well, your fellow soldiers and the people you’re collectively aiming to protect could be in danger as a result.

People often ask why I joined the Army. My decision centered on the desire to be part of something larger than myself and to work toward a shared purpose and mission, which I saw as defending the United States.

Today, it’s still important for me to feel part of a shared purpose and mission, something larger than myself. And while the working conditions aren’t as wholly miserable or dangerous, I do believe that the success of life sciences is critically important to supporting people’s lives and well-being, and this resonated with me as I built a career after the Army. In fact, many of Guidehouse’s practice areas overlap with industries central to the military, including energy and healthcare, which surely contributes to why we have a vibrant veteran community within Guidehouse.

As I think about the veterans I am fortunate enough to work with, what strikes me is how much more closely they resemble everyday Americans than those Hollywood stereotypes. They are accountants and engineers, male and female, all races and backgrounds – all with a strong sense of shared purpose in the military, their communities, and now their “day jobs.”

I am proud to say I’m a veteran of the U.S. armed forces. And I genuinely appreciate the support Guidehouse has shown to me and to other veterans, as well as employees who are currently active in the U.S. National Guard and Army Reserves.

This article originally appeared on LinkedIn.