Moritz Schäfer, environmental scientist and policy expert, is an Associate Director at Guidehouse, working in the Energy, Sustainability and Infrastructure segment focusing on international government clients. He is an expert on international and European climate policies and sustainable financing.

Moritz is leading international projects on climate financing, energy efficiency, and the energy transition in Europe and the MENA region. He has been involved in numerous international projects on renewable energy and energy efficiency as well as sustainable financial markets and climate mainstreaming aspects of the EU budget. Moritz is the project manager of the BEACON project, a major project for implementing climate action in southern and eastern European countries. He was involved in the development of financial instruments in the energy sector as well as the role of renewable energies and energy efficiency for energy security. His regions of focus are EU, especially eastern European countries and MENA.


Prior to his role at Guidehouse and Ecofys, Moritz worked from 2011-2014 at the German Federal Ministry for the Environment where he supported in the negotiations of the Energy Efficiency Directive and the 2030 energy and climate package. From 2009-2011 he was a consultant for the Berlin Energy Agency working on the development of international energy efficiency markets and the implementation of energy performance contracting. 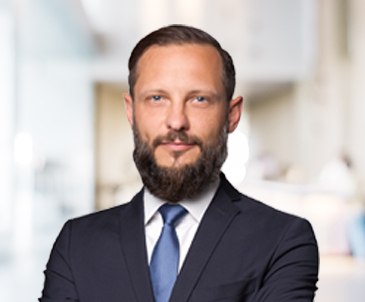