A global original equipment manufacturer (OEM) client invested hundreds of millions of dollars to acquire a unique technology with immense market potential. After the acquisition, however, growth was much slower than originally anticipated.

The client leadership team came to understand that many clinicians were reluctant to adopt the new minimally invasive therapy, fearing most patients might later experience disease progression and require the more invasive standard of care treatment. Given this concern, physicians continued relying on the traditional options they already had confidence in and experience using.

As the leadership team prepared to make business strategy decisions, critical questions came under debate, including:

Guidehouse built a detailed disease model to accurately size the total number of patients indicated for both therapies. The model demonstrated that while the total patient population was growing, the fraction who qualified for this therapy was slowly shrinking due to systemic changes in the treatment and epidemiologic landscape.

In addition, this analysis revealed the annual U.S. market opportunity for all therapy-indicated patients was more than 85% penetrated and relatively stable. This meant the predominant source of growth in the United States would need to come from converting patients within the existing market. 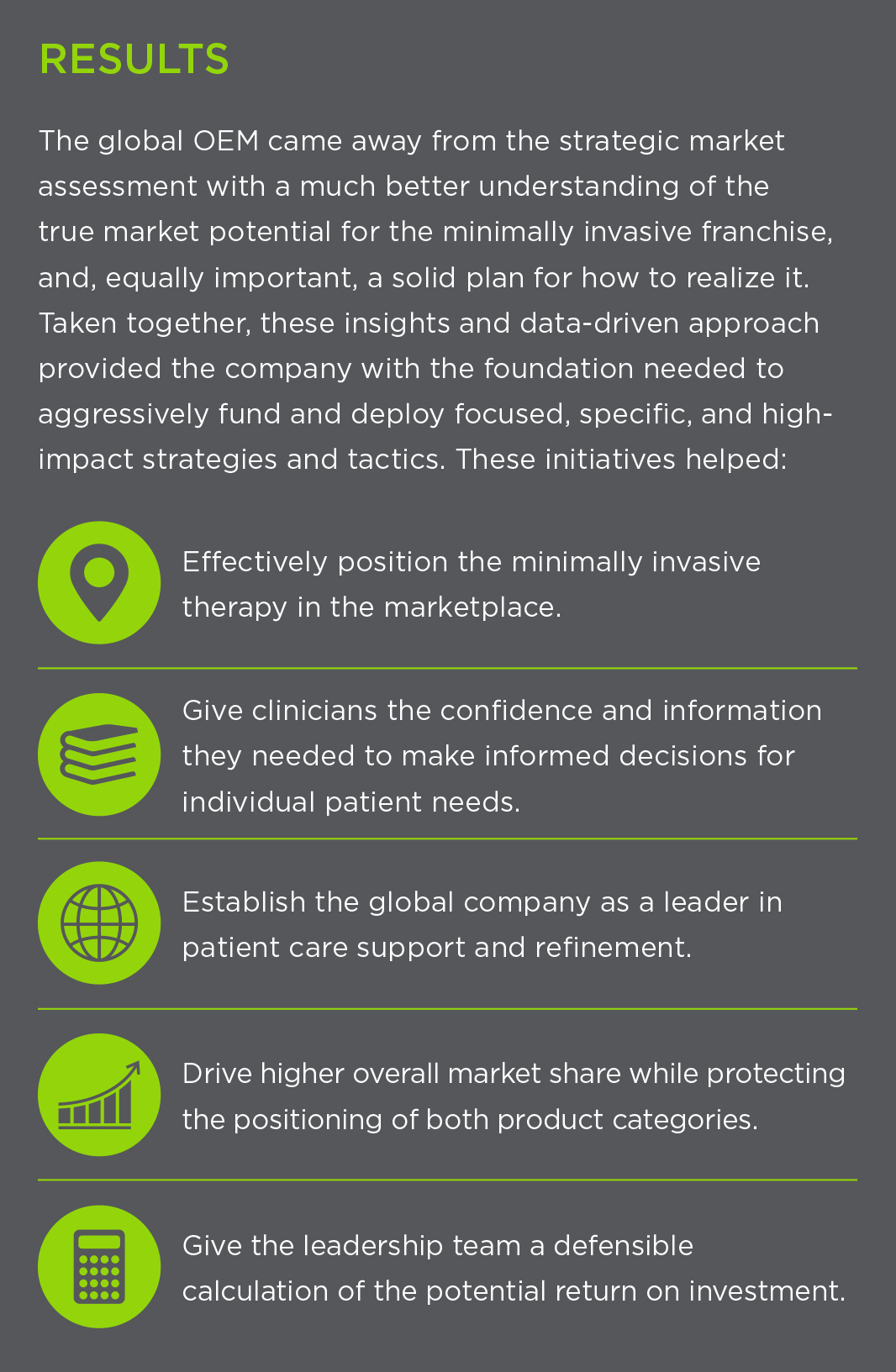