The number of regulatory enforcement actions decreased in Q2 2017 from Q1 2017, as seen in Figure 1, to a level comparable to the frequency observed in Q2 2016. 67% of enforcement actions were issued by the five major federal agencies, with 10 from the Federal Deposit Insurance Corporation (FDIC), seven from the Consumer Financial Protection Bureau (CFPB), five from the Federal Reserve Bank (FRB), and four each from the Office of the Comptroller of the Currency (OCC) and Department of Justice (DOJ) (see Figure 2) — the third-highest proportion of actions from the five major federal agencies observed in the last five quarters. State or local regulators were involved in a total of 11 actions, surpassing the FDIC as the most frequent actors in the period. The CFPB’s actions centered around unfair, deceptive, or otherwise improper mortgage practices or other consumer lending practices in violation of Truth in Lending Act (TILA), Real Estate Settlement Procedures Act (RESPA), and Fair Credit Reporting Act 2 (FCRA), while the FDIC, the OCC, and the FRB issued actions for violations of rules and regulations including Bank Secrecy Act (BSA)/Anti-Money Laundering (AML), compliance with capital adequacy requirements, the National Flood Insurance Program, and general governance deficiencies. 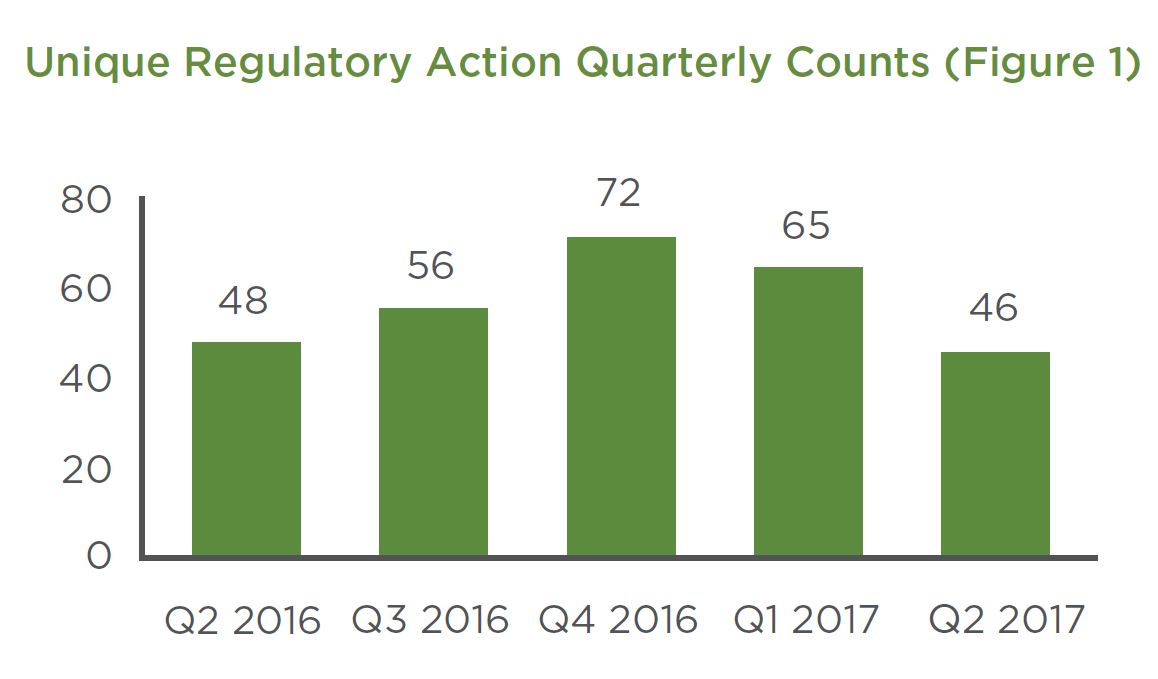 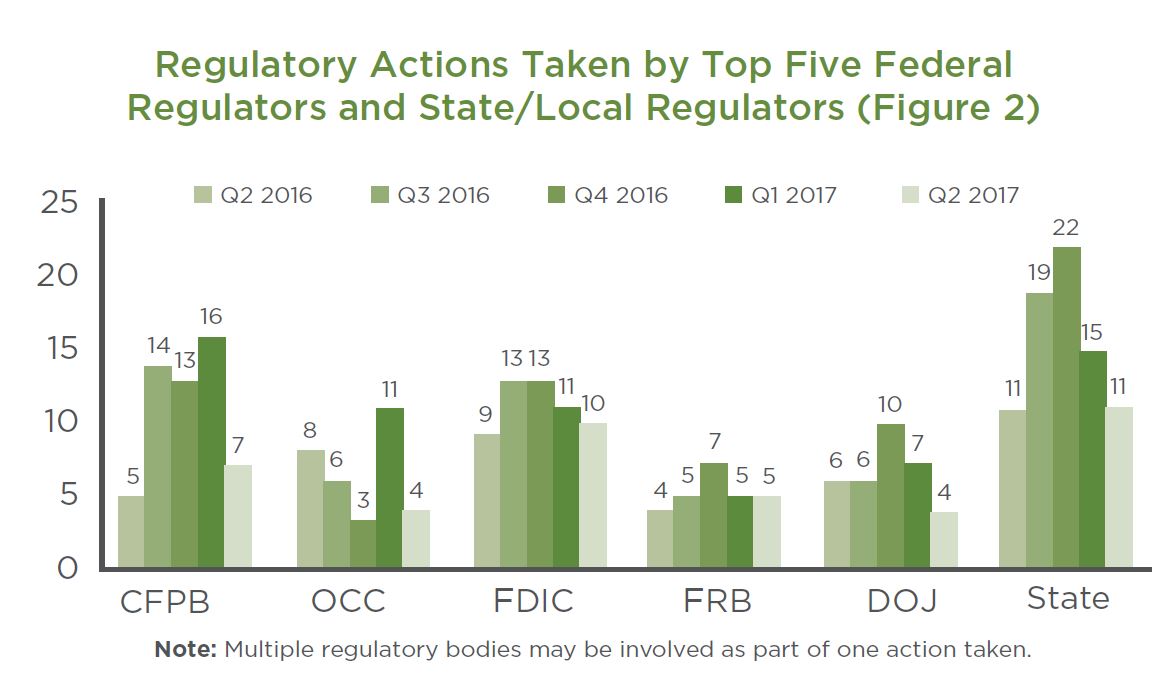 Regulators have continued to resort to litigation as a means of enforcement into the second quarter of 2017, matching the first quarter’s nine lawsuits. Three of these lawsuits were filed by the CFPB, including their suit against mortgage servicer Ocwen Financial for alleged violations of FCRA, RESPA, TILA, and other deficiencies in servicing. An additional four suits were brought by state attorneys general or other local regulators.