The number of regulatory enforcement actions increased 13 percent in Q3 2017 from Q2 2017, as seen in Figure 1, to a level comparable to the frequency observed in Q3 2016. 78 percent of enforcement actions were issued by the five major federal agencies, with 11 from the CFPB; eight each from the Federal Deposit Insurance Corporation (FDIC), Federal Reserve Bank (FRB), and Department of Justice (DOJ); and five from the Office of the Comptroller of Currency (OCC) (see Figure 2). Compared to Q2 2017, the CFPB, OCC, FRB, and DOJ all experienced a measurable uptick in actions. Yet despite this increased activity, state or local regulators were involved in a total of 12 actions, surpassing the CFPB (with 11 items) as the most frequent actor in the period. 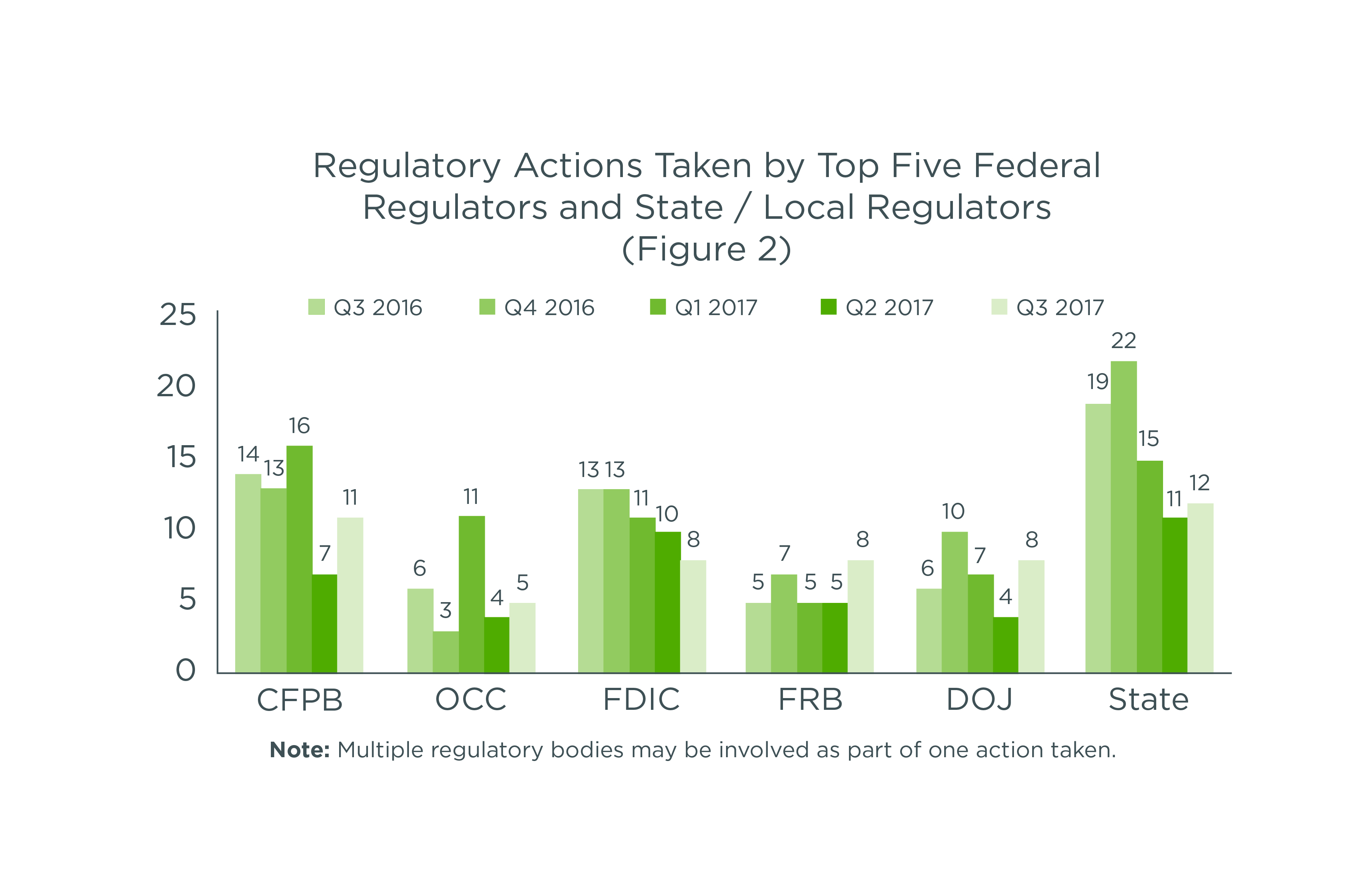 The number of regulatory enforcement actions increased 13 percent in Q3 2017 from Q2 2017 to a level comparable to the frequency observed in Q3 2016.