A total of 38 actions were levied by federal regulators in Q2 2019.  The number of regulatory enforcement actions increased 52% from Q1 2019 and was driven primarily by an increase in activities from the FDIC and FRB as seen in Table 1. 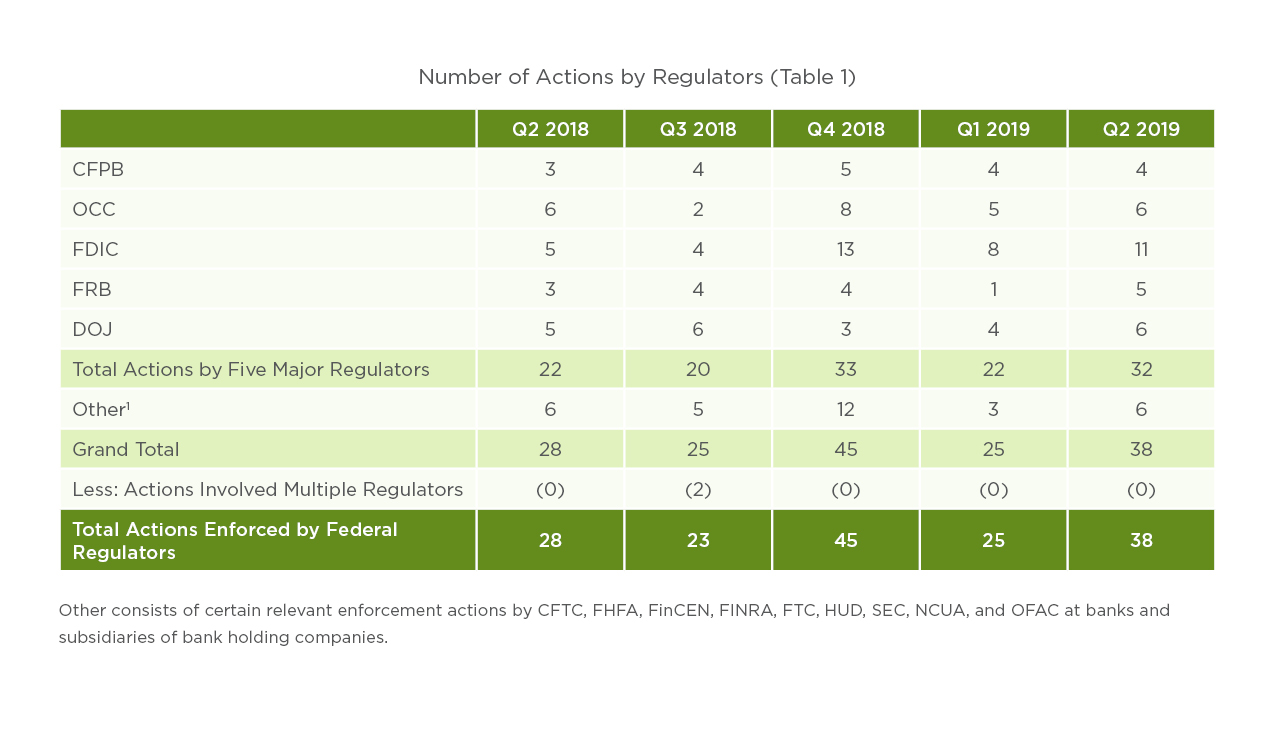 A summary of this report was featured in The Wall Street Journal "Morning Risk" Report.

Special thanks to contributors Caitlin Cremlin and Siwen Tang.